Will be released to Primary on 06 Dec 22

The release includes the following updates: The 'Refresh' button now includes the ability to pause auto refresh by unselecting the checkbox.

Auto-refresh will preserve any filters applied to the dashboard.

The menu has been updated to make Worklist v2 the primary Worklist function by removing the 'v2' label and including a new '(Old)' label for Worklist v1. This highlights the movement to deprecate Worklist v1.

Organisations still have the option to include both v1 and v2, but should be preparing for v1 to be removed early in 2023. 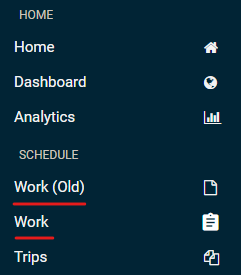 The worklist has been updated to include the ability to quick filter by work with Exceptions outstanding or resolved. This was a feature of the old worklist and is now included for quick access in the new Worklist without having to filter the Exceptions columns manually.

The Preview Security groups is now available in the primary environment on request. This is the penultimate release for Security Groups with one last update expected into Preview this week.

Full Security Groups documentation will be provided when the last release is deployed into the Primary environment and enabled for all tenancies.