Obzervr is back this month with another version of the Capture app - v1.42.33. This version is now in the store.

With the Capture v1.42.33 release, we have introduced some cool new features and minor fixes. These go hand in hand with several changes in Manager and Designer.

Previous versions of Obzervr Capture introduced the ability to set all the fields for a team to be marked as Mandatory Fields. The purpose of setting mandatory fields for a team was to quickly allow administrators to set statutory or compliance work to be mandatory, rather than individually defining all the fields as Mandatory through our Work Designer. This quick toggle option affords an easier way to broadly ensure that all the fields that a certain team completes require data to be captured.

To learn more about Mandatory Fields for Teams, read about it here.

The second part of this initiative is to allow skipping on the mandatory fields, but only when a Comment is entered.

Now, when the 'Enable Skipping' toggles are switched on in Tenant Settings, the Skipping options will be enabled on Capture. 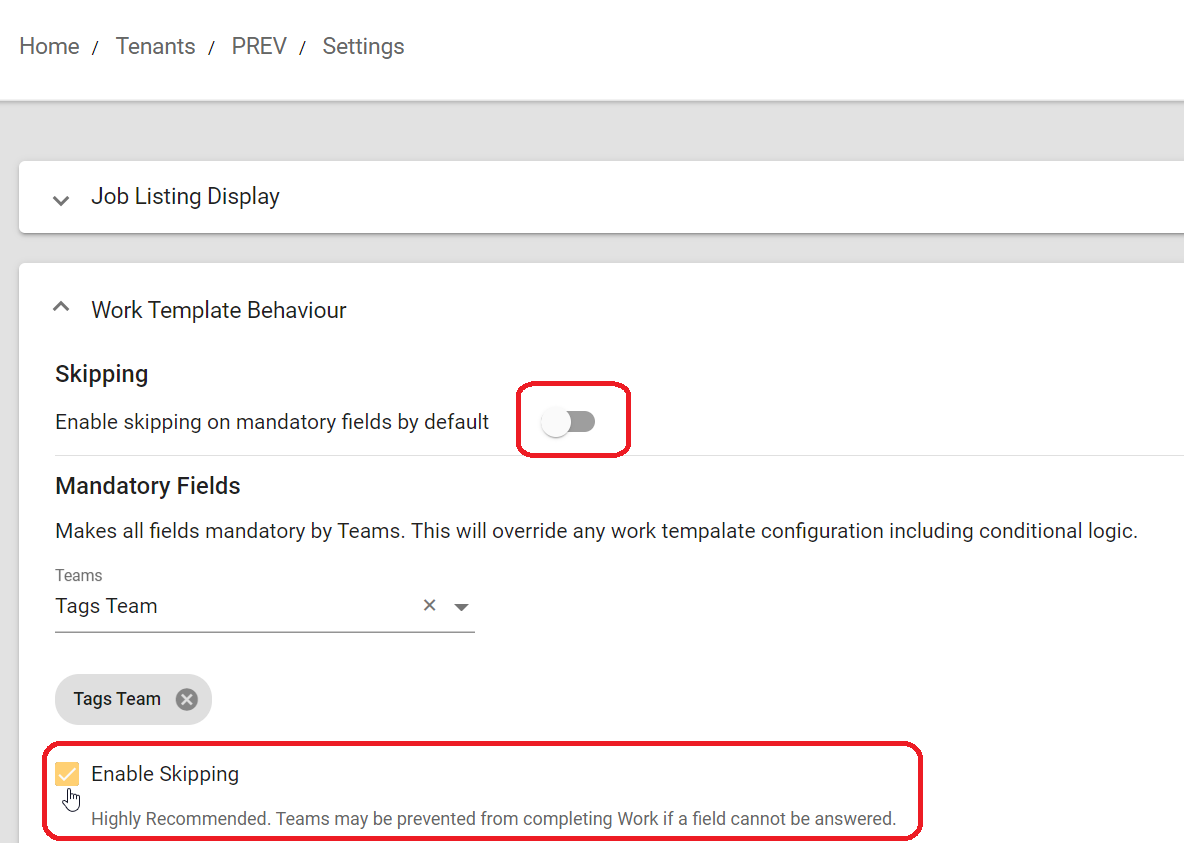 This will require users to input a comment where a mandatory field has been Skipped. Otherwise, the field will be marked as mandatory, and a user will not be able to complete their Work.

A part of this change also included removing the Section Skipping and Empty Completion Circle, as seen below. 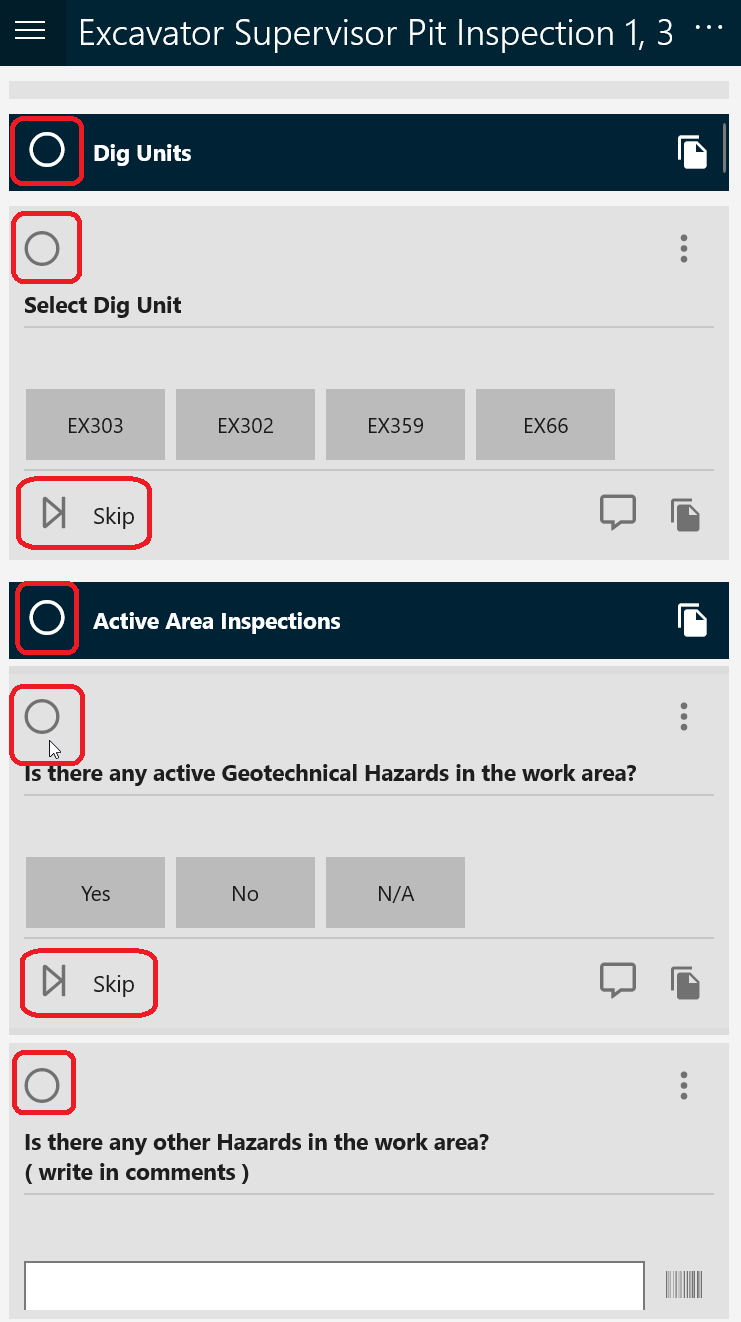 Note that whilst it appears that the 'Skip' option has disappeared from below the field, it has not been completely removed. The option still exists; however you will need to click the three dots to see the overflow menu at the bottom of the screen.

You will no longer be able to skip Sections. 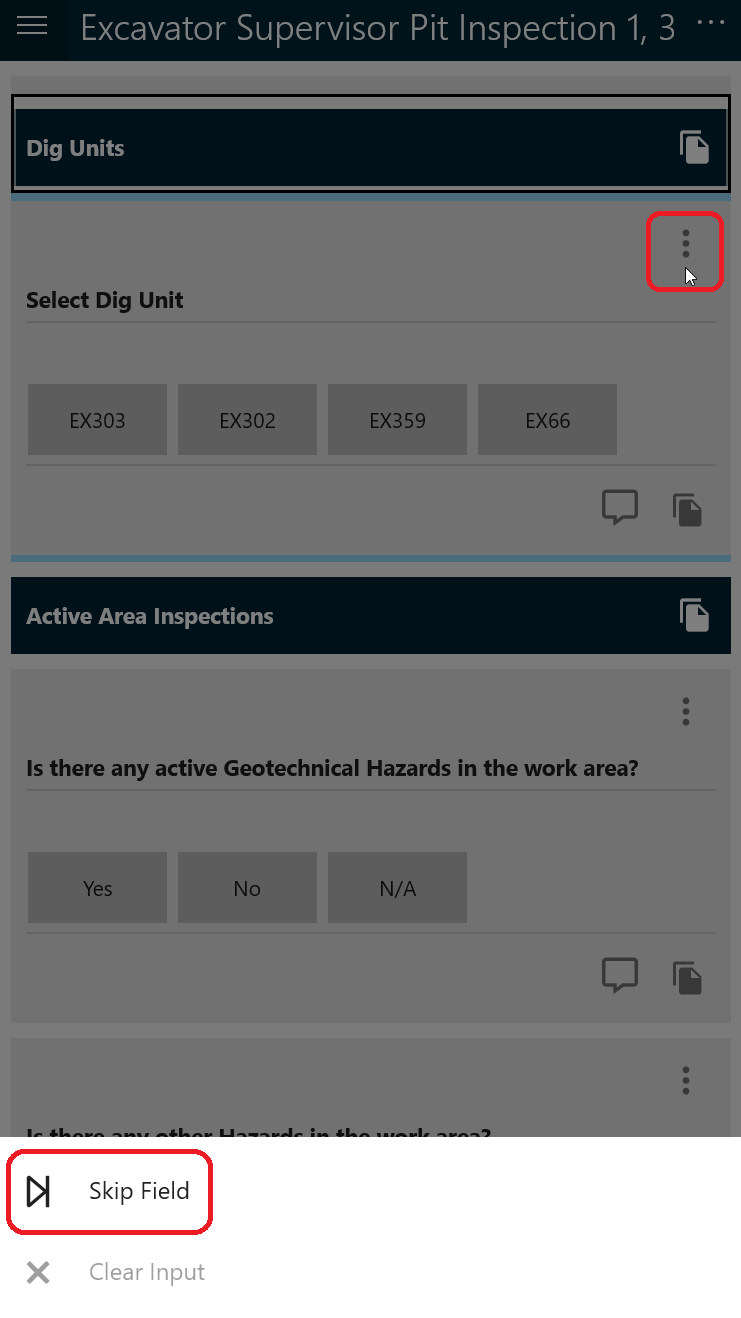 Throughout the implementation of this change, the following Issues were resolved which were related to this:

To improve the experience for customers who have large amounts of locations, we have enhanced the loading times for Location lists. This was a two-pronged approach: improving queries in the background but also introducing a new option to toggle between using a 'Contains' or faster 'Starts with' search. 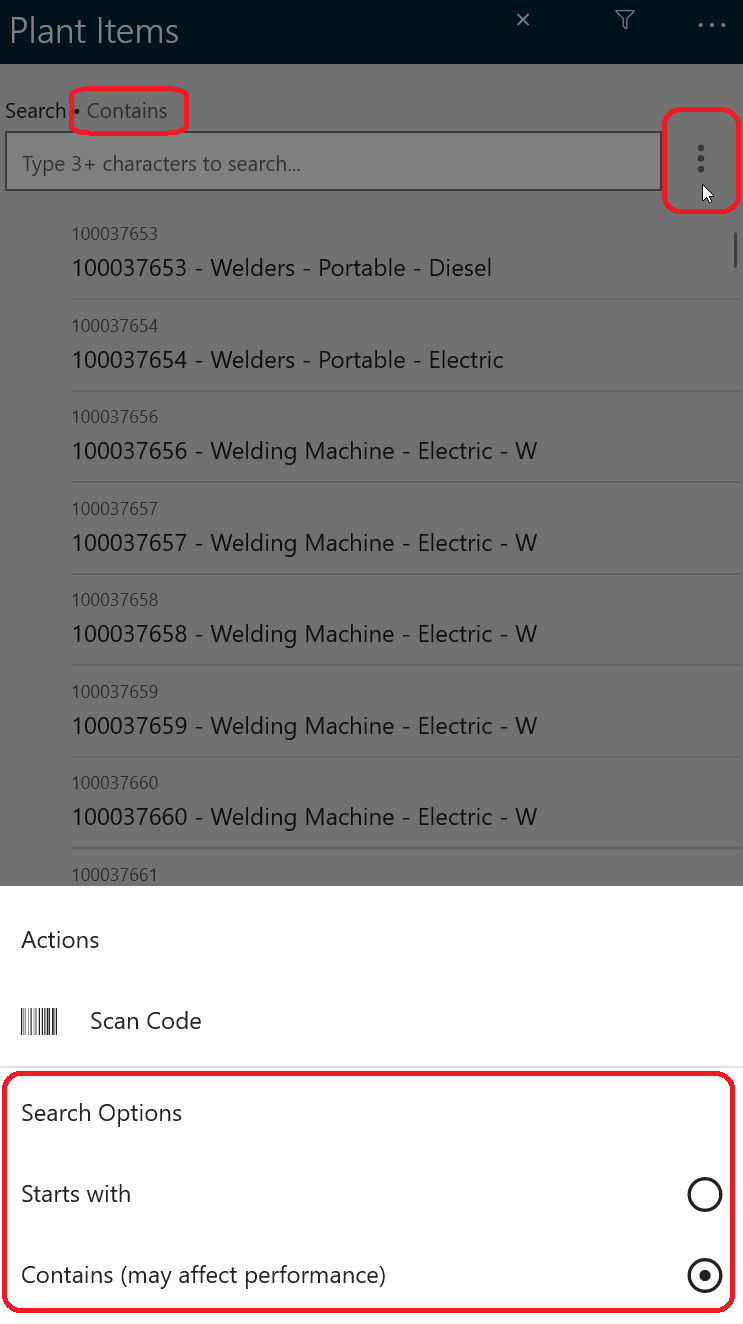 As part of our continuing improvement of our Laboratories feature, we have added a new COC PDF option to Manager. We now integrate with SGS Laboratory for all your sampling requirements.

There were the following changes required to facilitate this in Obzervr Capture:

One of the changes made to Capture as a part of this release was to remove Assignment Types, Equipment, QA/QC Samples, and Task Lists. This means it will no longer be possible to use the feature in Manager and then see it on Capture.

All customers have been updated to Work Templates where required, so this change should have minimal impact.