Obzervr is back this month with another version of the Capture app - v1.42.26. This version is now in the beta testing phase.

With the Capture v1.42.26 release, we have introduced some cool new features and minor fixes. These go hand in hand with several changes in Manager and Designer, currently up to v41.61.

In June, Obzervr introduced a new team setting which allows you to define Teams where you want all the fields to be mandatory.  This means supervisors can decide whether a team needs to capture all the values. Note that there will be an additional feature, not in this release, to support puttting in a comment to skip a field so that they can complete the Work.

For more detail about how to enable this, see this article here.

After the team is added to the list via Console and a successful sync on Capture, all fields are updated to be mandatory.

As Supervisors and Workers, further definition and identification of statutory and critical controls is essential for prioritising work. Up to this point, our assignment categories allowed you to define the priority of the work, but didn't really allow you to add different dimensions upon that.

In this inital version, Tags will be added to assignments when the work order is created via API. Future versions will allow users to tag assignments on Capture and Manager, but for now, this version of Capture allows you to view the tags added to an assignment. Tags will also be supported and viewable in Manager, PDF (Blank and Completed) and Work Designer. See below for a quick snip of how Tags look on Obzervr Capture. 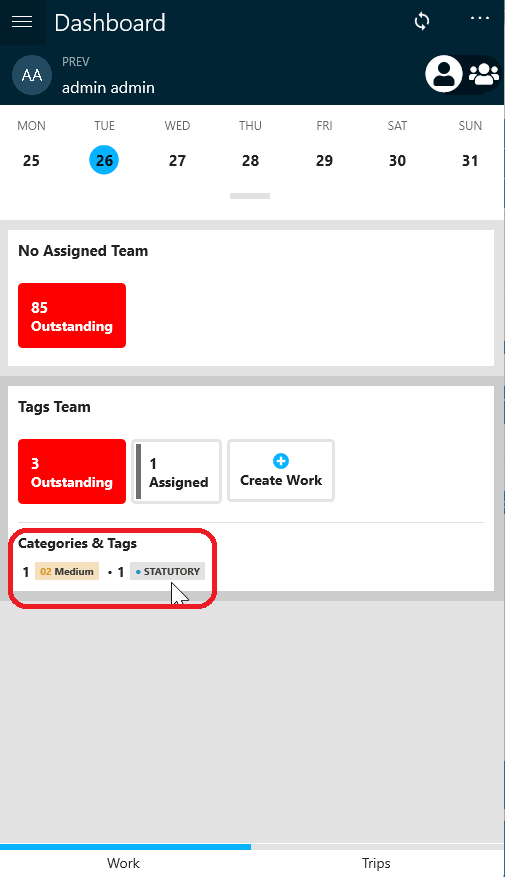 Tags show like an Assignment Category on the Dashboard and Worklist in Obzervr Capture. 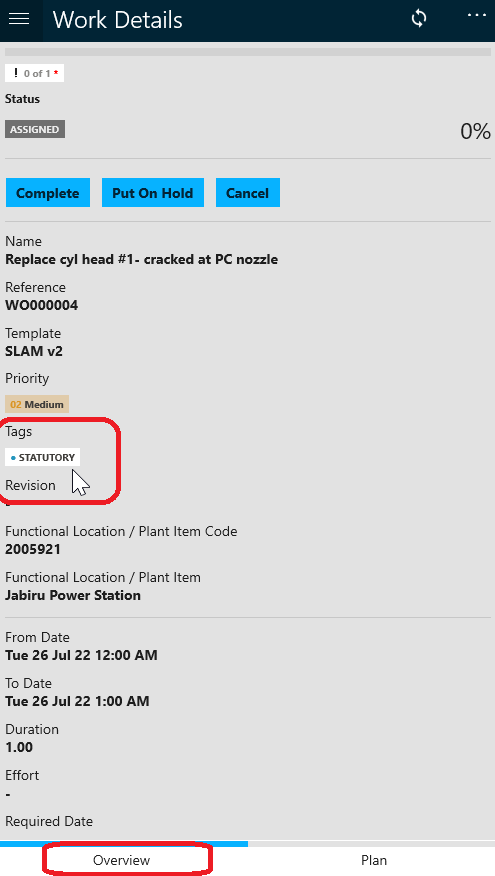 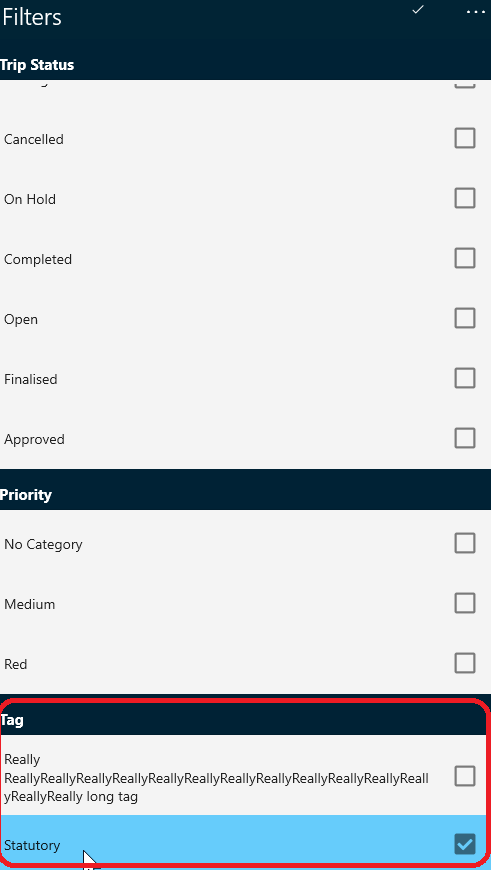 A new section for Tags has been added to the Overview page and to the Worklist Filters on Obzervr Capture.

As with many foundational components, there's not too much to see here.. yet. The overarching vision for Single Line Fields is to help you to see as many fields on the screen as possible, without scrolling.  So once this feature is completed in its entirety, we're looking to minimise space between and around fields as seen below. Note that the "V2 - Condensed" version is a design, and there might be variations on this in the final result. 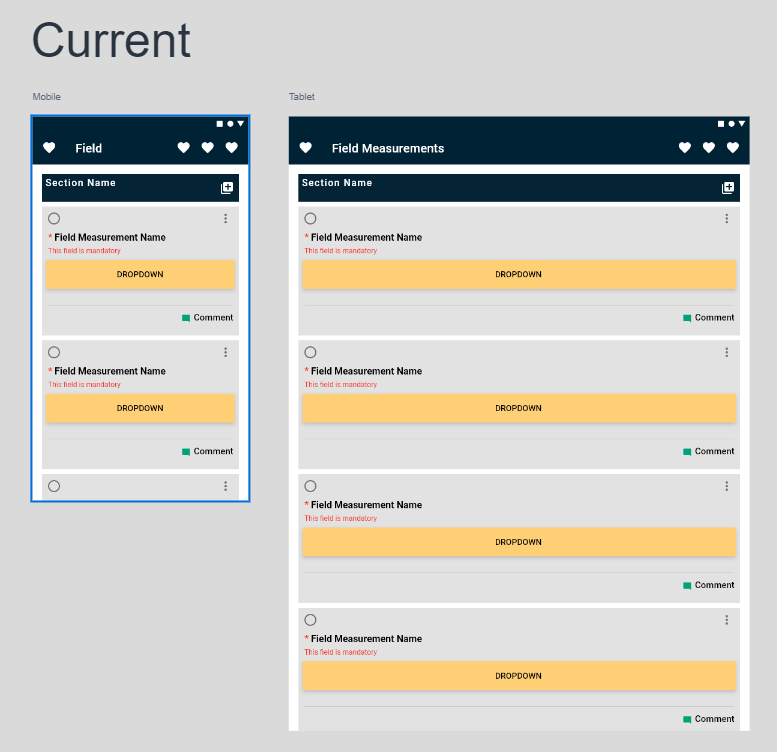 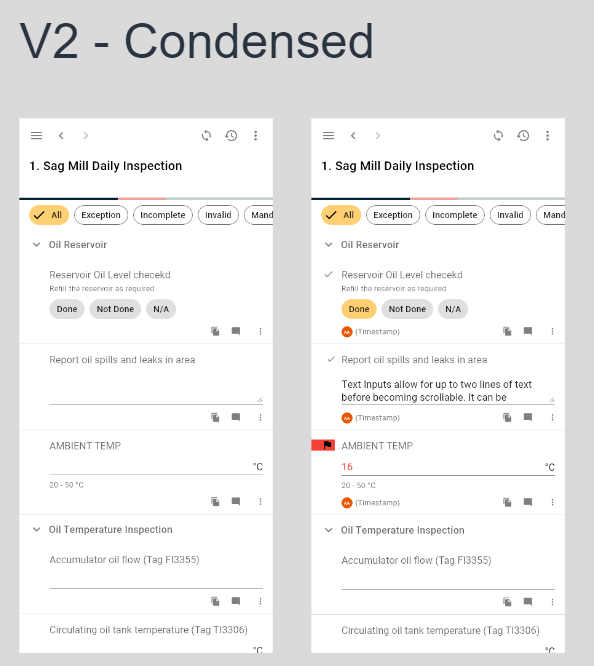