With the Capture v1.42.9 release, we are introducing new features and fixes to Capture. These go hand in hand with a number of changes in Manager and Designer, currently up to v41.31.

Capture v1.42.10 is available in stores for beta subscribers. Manager/Designer/Console v41.31 is currently in production.

A great new addition to Capture is the ability to attach photos and attachments to a field. Previously this was only available on sections, now users are able to capture field-specific photos & attachments, which hugely increases the field-specific context of the attachment. Similar to the section the field will have a link to the Capture Upload Manager. Attachments and photos will also appear in the relevant areas of the Work Order page and in the completed Work Order PDF. 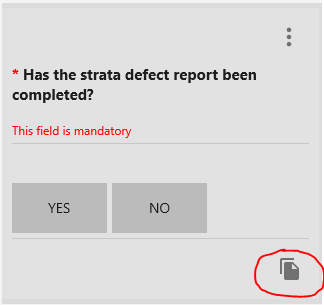 Figure 1: Photos icon on the field

This is a new feature we activate for your tenant(s); this means that the ability to take photos or attach documents on a field is not available by default. You can contact us via support@obzervr.com to switch it on for your tenant.

Figure 2: How to take photos on fields

This feature enables customers to show additional text in the group card in the Work Order in Capture. The text can be configured by selecting fields and their values from within the group.

More detail is available in this article: [Group Summary] What is Group Summary and how to use it?

Listing Group, however, allows customers to create a succinct list of items for reference, each item in the list is a separate listing group. A listing group presents field data for reference purposes only. Each field is shown as a single line with none of the input options available with the regular field. This feature can be used to represent a "pick list" in the Work Order.

More detail is available in this article: [Listing Group] What is Listing Group and how to use it?

Figure 3: How to use Group Summary on Capture

It is now possible for a Work Template configurator to change what fields are required when users create a new Work Order in Capture. The start and end dates and the field notes fields can be disabled where relevant. This simplifies the Work Order entry process on Capture in cases where those fields are not relevant to users.

More detail will be available in a separate article How to hide Start/End Date/Time for Work Order on creation?

This new feature allows administrators to enforce the capture of comments on certain levels of exceptions. This is a tenant setting (in Console in settings after selecting the tenant) where the administrator can indicate whether users need to add comments on particular exception levels (low, medium, high). In Capture, when an exception is triggered and its exceptional level is equal to a priority set to record a mandatory comment, then Capture will force the user to enter a comment for that exception.

To set this up for your tenant, go to Console, select the tenant and go to settings. Scroll to the "Exception Management" section and set the option for the relevant exception level:

Figure 5: How to use Group Summary on Capture

Refer to this article for more information on how to set up and use this field type.

As mentioned in the September release notes, this is a new feature we activate for your tenant(s); this means that the Location field will not be usable by default. Additionally, we can assist in setting up the functional location hierarchy to get the best experience for your users. You can contact us via support@obzervr.com to switch it on for your tenant and/or get assistance with the hierarchy.

It is now possible to enforce certain fields as mandatory for administrators adding new users to Obzervr, or when existing users are updated. This is an organisational setting that will apply across the tenants you have. Only the organisation admin will be able to change these settings. As an organisation admin go the Console and go to settings (last menu item in the left-hand menu). Click on "User Settings". Here you can indicate which fields should be mandatory for your user administrators to enter for each user: 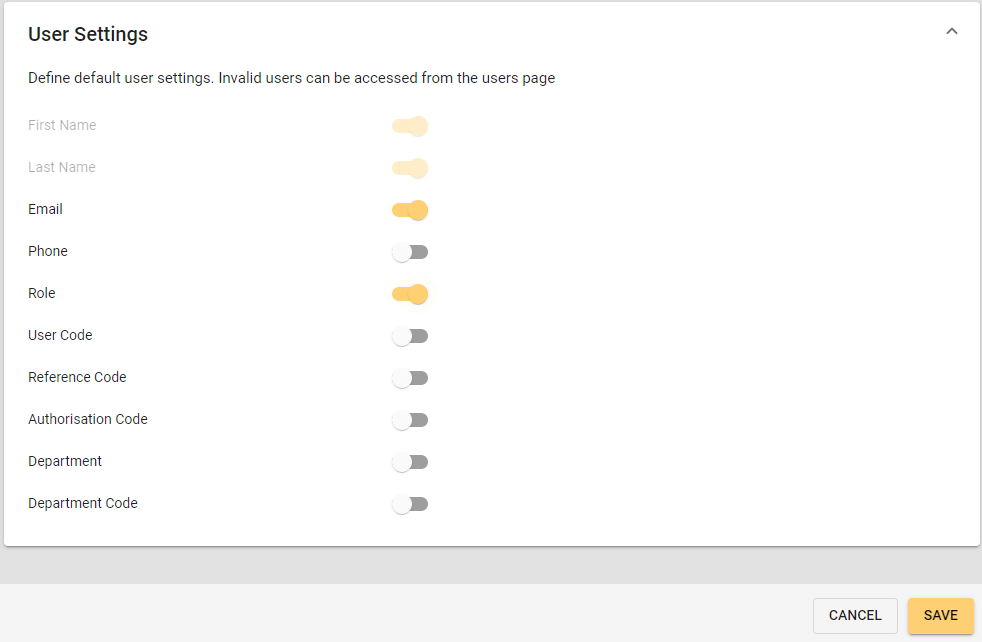 Select the fields you like to be mandatory and click "save" at the bottom of the page. Note that whilst there are rare cases where users may not need an email address (as they're not using Obzervr), it is generally not recommended to disable (switch off) the email field is mandatory for a user.

This can be useful when you are using these user fields as part of the integration with other systems.

We have made a change in the behaviour of groups marked as "prerequisite", these groups are required to be completed before a user can progress with the rest of the Work Order. The limitation however was that whenever a user created another instance of the group (when the "reoccurrence" has been switched on for that group in Designer), that group was considered a prerequisite as well. There are scenarios where that can actually block work from being completed. Specifically where multiple users are working on the same Work Order. The change we made is to take into account the group reoccurrence count: 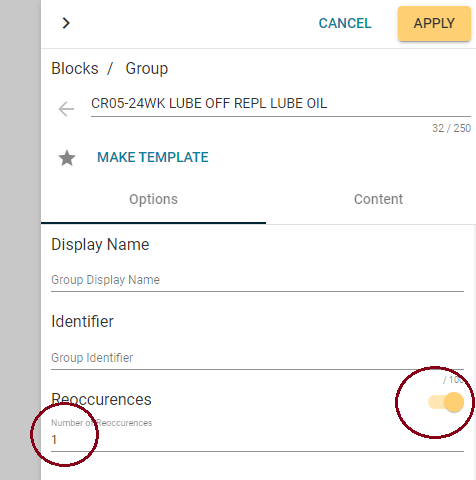 Figure 8: Define the number of reoccurrences (aka instance) to make the group as pre-requisite

In the case above only 1 of the groups (the first one) will be considered a prerequisite, any following instances that are created are not prerequisites. If you set the reoccurrence number to 2, 2 instances will be presented by default in the Work Order and both will be prerequisites, etc.

There are known issues in the Obzervr products that we still working on and are to be resolved in future releases. Here are some of the issues that may impact the day to day use of the Obzervr system (Manager, Designer, Capture):